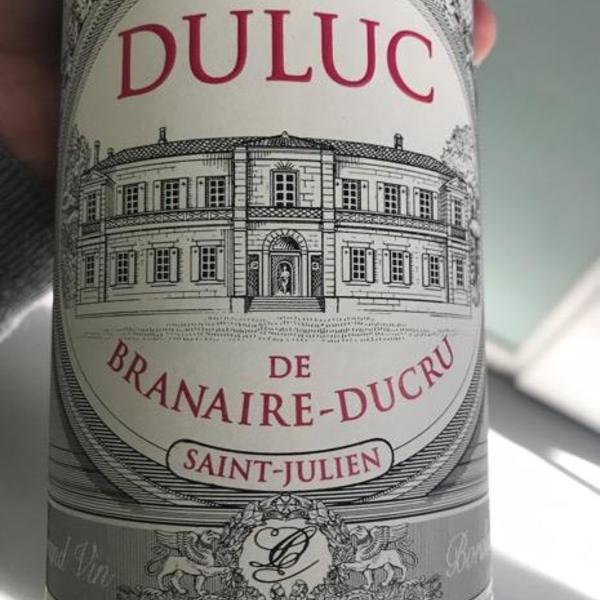 This is the second wine of Château Branaire-Ducru. But it's no second best. It's made from grapes hand-picked from 35-year-old vines and has an excellent length. Indeed, the care and attention given to the vines and winemaking and the skills of the team are the same as those of the Grand Vin. Expect notes of ripe red fruits and sweet spice, a supple palate and fine-grained tannins. Pair this with roast beef.

Château Branaire-Ducru
Raised to the rank of 4th Grand Cru Classé of Saint-Julien in 1855, Château Branaire Ducru is run by the Maroteaux family. When Patrick Maroteaux decided to invest in 1988 in this beautiful property, located on a beautiful rump of the plateau of Saint-Julien-Beychevelle, his ambition was to make the wines from this exceptional terroir a reference in Saint-Julien. In just a few years, he was able to retransmit the deep expression of Saint-Julien through wines representative of their appellation. Since then, François-Xavier Maroteaux, Patrick’s son, has been perpetuating his father’s desire to produce fruity wines, mainly Cabernet Sauvignon, for a better aging potential.

Every vintage, the Maroteaux family strives to produce wines faithful to its famous “3 F” motto: “Freshness, Fruit, Finesse”. Indeed, the wines of Château Branaire Ducru draw their deep character from an blend with a strong Cabernet-Sauvignon influence. Château Branaire Ducru, and his second wine, Duluc de Branaire-Ducru are known to lovers of great wines for the regularity and elegance of their deep character.

REGIONAL STYLE
Bordeaux Saint-Julien
Saint-Julien offers balanced, age-worthy blends of Cabernet Sauvignon and Merlot, with deep ruby colors and notes of cassis and cedar.
Depending on the producer, some style are more perfumed while others exude more power.
Situated between the widely popular communes of Margaux and Pauillac in the Médoc of Bordeaux's Left Bank, Saint-Julien combines the elegance of the former with the boldness of the latter.
Often times Saint-Julien can be mistaken for Pauillac; however, rarely do Saint-Julien wines match their intense concentration.